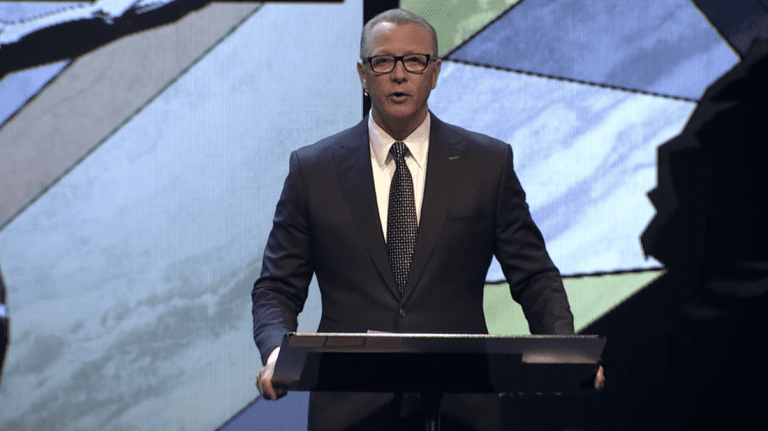 Like many pastors, Steve Smothermon of Legacy Church in Albuquerque wanted to host an in-person service on Easter Sunday. But like everyone else in the country, he was told to make some sacrifices as we all try to battle COVID-19. Allowing his megachurch to gather in person would increase the potential for the virus to spread and infect people.

Unlike you and me, though, Smothermon believes public safety is nothing more than a way to persecute Christians.

Over the weekend, after New Mexico Gov. Michelle Lujan Grisham said that her ban on large in-person gatherings applied to places of worship, too. Smothermon’s church filed a lawsuit against the state arguing that — wait for it — he would be unable to properly livestream his service without having at least 30 people in the building with him.

The church’s batshit crazy lawsuit, which you can read here, says they need a worship staff of “twelve to fourteen people” along with a technical team of “about sixteen people” in order to broadcast sermons to thousands of people. The lawsuit says the governor’s order violates their “free exercise” of religion and their right to assembly, as if infecting the public with a virus is a requirement of Christianity.

Somehow, late-night comedy shows, which have audiences in the millions and much larger staffs, have been able to broadcast new episodes nearly every weekday while only sacrificing some of their typical broadcast quality. It’s okay. Everyone understands. Saturday Night Live managed an entirely new episode with everyone working remotely.

But this church can’t put together a goddamn Facebook livestream without a staff of 30 connected to the pastor’s hip.

They put everyone’s life at risk anyway, collecting those 30 people inside the building in order to broadcast a service that included a live band, special lighting, and a video team.

It’s unclear why they couldn’t have included a pre-taped version of the singing. But hey, if Jesus died for everyone’s sins, then a bunch of young people should be willing to put their lives at risk so Pastor Smothermon can look better in HD.

Even though Easter is over, the church intends to keep breaking the rules that everyone else is following because they believe laws don’t apply to them. That means it will take a judge’s order to make them stop since the state would be foolish to compromise on a matter of public health.

(Thanks to Nick for the link)